CHECK OUT OUR NEW PRODUCTS → 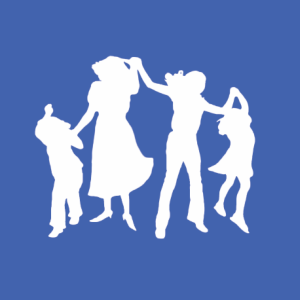 In the first-grade group, I demonstrated how to add 10 to a number using the giant Hundred Number Grid. We stood on the starting number and used a bean bag to mark it. Then, the students hopped 10 times to find the solution! I also had the students choose a number and build the number with bundles of popsicle sticks that we were using as place value manipulatives. The kids had a lot of fun jumping on the mat, identifying numbers, adding 10, and building the numbers!

We began the program with warm-up math movements. The students had a lot of fun with ‘Soccer for 6s’. Students counted from 1 to 60 whispering the numbers that are not the multiples of 6 and shouting the multiples of 6.

Kick your left leg across to the right. Whisper, “one.”

Kick your right leg across to the left. Whisper, “two.”

Cross your left knee to the right. Whisper, “three.”

Cross your right knee to the left. Whisper, “four.”

Continue with this pattern to 60.

Next, the students lined up on the skip counting by 6s mat. Each student had the opportunity to jump on the mat chanting the 6s.

Then I asked what I believe is the most important question:  “Did you personally improve?”

It is imperative that students recognize that their own hard work makes a difference in their learning. When they put effort into practicing and learning, results happen. They improve their skills. The students answered that they had made growth in their skip counting!

Periodically, I would gauge their improvement by asking them to turn away from the mat and collectively skip count by 6s without looking at the mat. Each time I would ask students if they recognized their own personal growth.

After about 12 minutes, I noticed they were pretty solid with skip counting by 6s. Next, I demonstrated how to see the groups of 6s and how to solve multiplication by 6s problems.

Students took turns solving multiplication problems by 6s using the Skip Counting by 6s mat. Once I was sure they understood the directions, I gave the students a page of multiplication problems by 6s and encouraged them to use the mat to get the answers. Students then worked independently, jumping on the mat to count the groups of 6s and documenting their work on their page. The result was a happy buzz of students jumping and writing down their answers.

The entire program was approximately 40 minutes. The gains between the pre-testing and the post-testing were pretty incredible; many students doubled their scores.

Observing the high level of student engagement was exciting. It is even better when student learning happens at a faster rate. When students recognize that their hard work can result in academic growth and are able to verbalize their success, we have given students tools for success.

One student wanted to share his math experience with me.  He said, “I have had such a hard time with times.” He is not alone.

At the end of the program, this student stated with confidence, “Now I know how to do times.” The evidence proved how he was feeling –  there was a five-fold increase between this student’s pre-test and the post-test!

The Benefits of Adding Movement to Summer Learning

This past week, I had the pleasure of visiting Yu Ying Charter School in Washington D.C. to lead Math & Movement activities with a first-grade

Targeted training and materials can quickly shift student outcomes, teacher enjoyment, and family engagement in your school! Check out the results of four schools that used the Math & Movement Program.